Swiss – EU relations: it is now time to act

Since the failure of the Institutional Framework Agreement on 26 May 2021, Swiss European policy has been in crisis. This has manifested itself in particular in the following areas:

The erosion of the bilateral market integration and cooperation agreements has thus begun and is causing damage (see below "Blockade in European policy hurts the economy"). For Switzerland, the strategic initial position is as follows: despite the considerable potential for damage, the Federal Council does not have a concrete plan on how to minimise the damage or how to proceed with its European policy. It was announced that after an assessment of the bilateral situation over the next two years, the Swiss government would seek a political dialogue with the EU.

However, such a long timeframe is not in the interests of the Swiss economy. Further measures by the EU against Switzerland’s economic interests are possible. After the meeting with Federal Councillor Ignazio Cassis on 15 November 2021, the EU demanded a commitment and a binding roadmap from the Swiss government on how to proceed by the next meeting. This had to be postponed without a new date set after the cancellation of the World Economic Forum WEF. 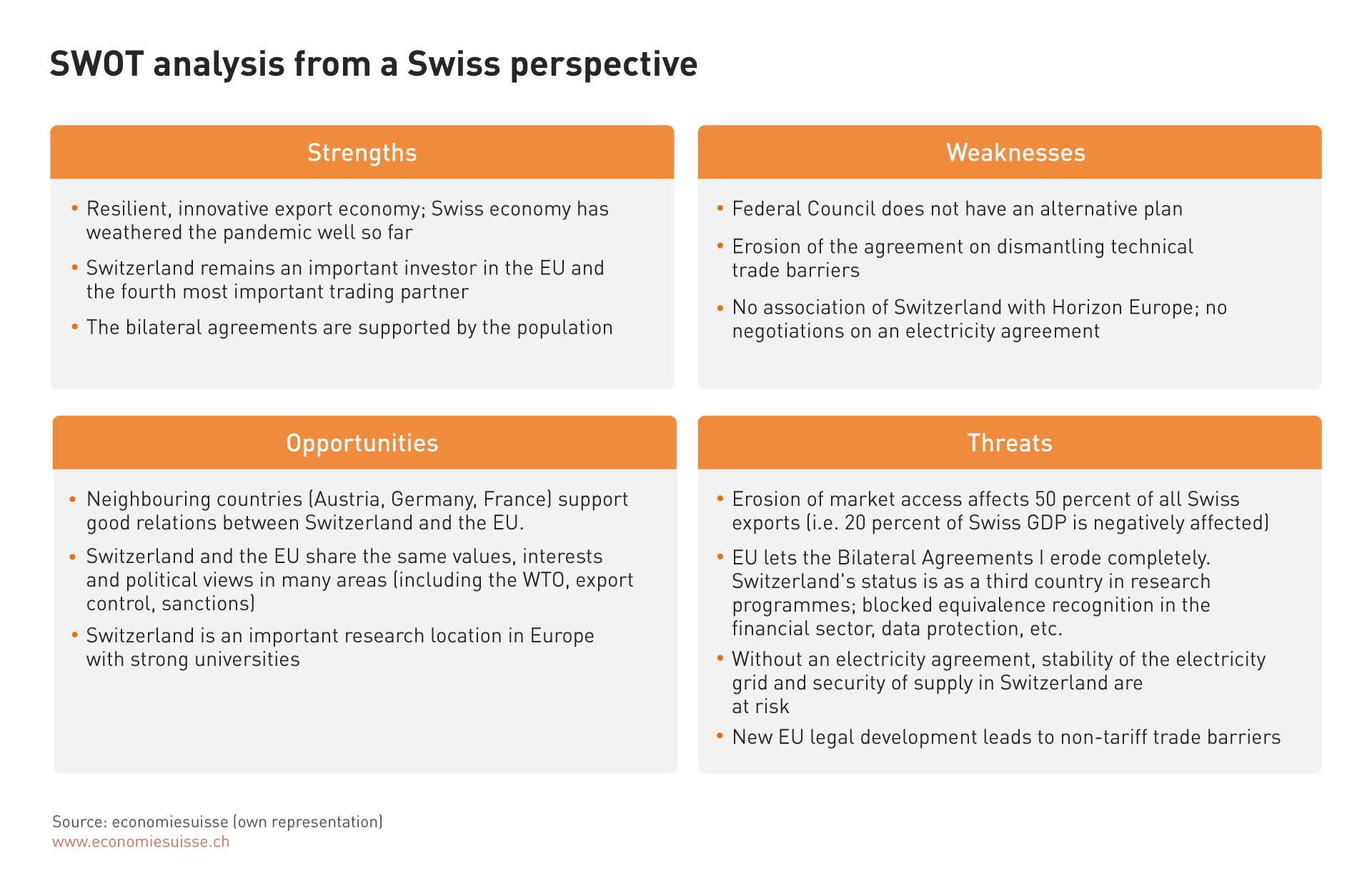